Need a safe and exciting tour? Our responsibility.

In Athens there are many interesting places to visit and enjoy. Real gems that you can now see and take with you forever, thanks to your camera.

We offer you an entire range of private outings to surprise you – beaches, wineries, dinners, shopping, archeological sights drop/pick up.
At your own place, at your own pace, we will provide you with a transportation service that will delight you.

Αcropolis was in ancient Greece a settlement, especially a citadel, built upon an area of elevated ground—frequently a hill with precipitous sides, chosen for purposes of defense. Acropolis also had a function of a religious sanctuary with sacred springs highlighting its religious significance. Acropolis became the nuclei of large cities of classical antiquity, such as ancient Athens, and for this reason they are sometimes prominent landmarks in modern cities with ancient pasts, such as modern Athens. One well-known acropolis is the Acropolis of Athens, located on a rocky outcrop above the city of Athens and containing the Parthenon. 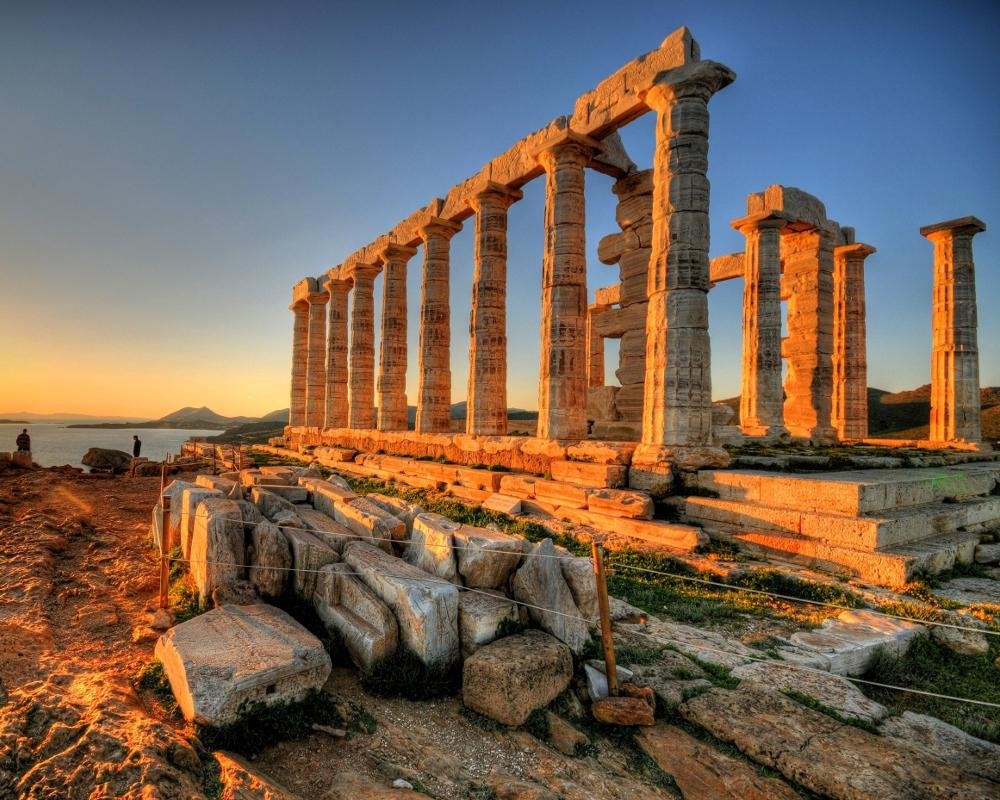 The Ancient Greek temple of Poseidon at Cape Sounion, built during 444–440 BC, is one of the major monuments of the Golden Age of Athens. It is perched above the sea at a height of almost 60 metres. The original, Archaic-period temple of Poseidon on the site, which was built of tufa, was probably destroyed in 480 BC by Persian troops during Xerxes I’s invasion of Greece. Although there is no direct evidence for Sounion, Xerxes certainly had the temple of Athena and everything else on the Acropolis of Athens, razed as punishment for the Athenians’ defiance. After they defeated Xerxes in the naval Battle of Salamis, the Athenians placed an entire captured enemy trireme (warship with three banks of oars) at Sounion as a trophy dedicated to Poseidon.

The Temple of Olympian Zeus also known as the Olympieion or Columns of the Olympian Zeus, is a former colossal temple at the center of the Greek capital Athens. It was dedicated to “Olympian” Zeus, a name originating from his position as head of the Olympian gods. Construction began in the 6th century BC during the rule of the Athenian tyrants, who envisaged building the greatest temple in the ancient world, but it was not completed until the reign of the Roman Emperor Hadrian in the 2nd century AD, some 638 years after the project had begun. 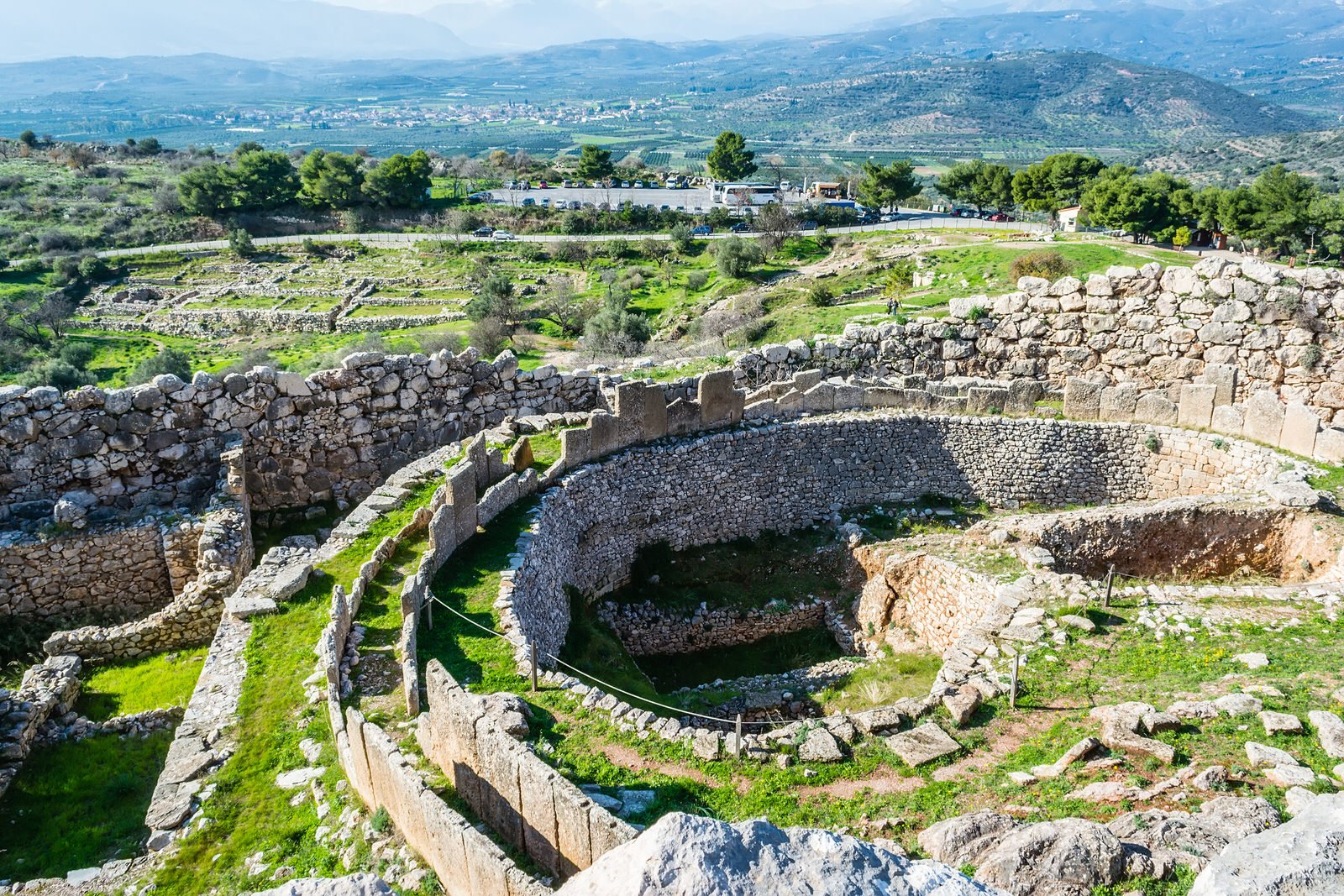 Mycenae is an archaeological site in Argolis, north-eastern Peloponnese, Greece. It is located about 120 kilometres (75 miles) south-west of Athens. In the second millennium BC, Mycenae was one of the major centres of Greek civilization, a military stronghold which dominated much of southern Greece, Crete, the Cyclades and parts of southwest Anatolia. The period of Greek history from about 1600 BC to about 1100 BC is called Mycenaean in reference to Mycenae. At its peak in 1350 BC, the citadel and lower town had a population of 30,000 and an area of 32 hectares. 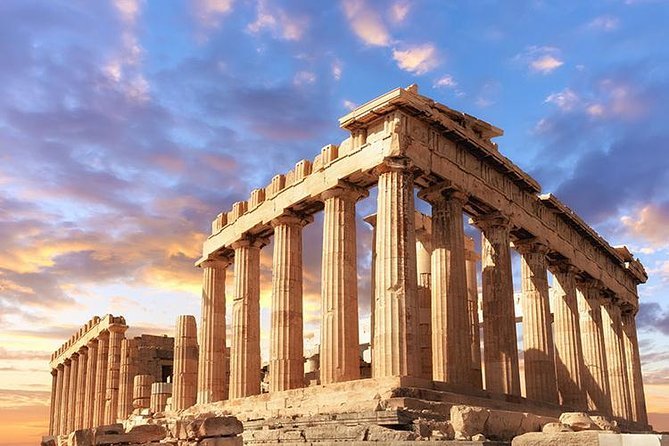 Corinth was a city-state on the Isthmus of Corinth, the narrow stretch of land that joins the Peloponnese to the mainland of Greece, roughly halfway between Athens and Sparta. The modern city of Corinth is located approximately 5 kilometres (3.1 mi) northeast of the ancient ruins. Since 1896, systematic archaeological investigations of the Corinth Excavations by the American School of Classical Studies at Athens have revealed large parts of the ancient city, and recent excavations conducted by the Greek Ministry of Culture have brought to light important new facets of antiquity.

Delphi Greek: Δελφοί formerly also called Pytho (Πυθώ), is the ancient sanctuary that grew rich as the seat of Pythia, the oracle who was consulted about important decisions throughout the ancient classical world. The ancient Greeks considered the centre of the world to be in Delphi, marked by the stone monument known as the omphalos(navel).

Arachova has a panoramic view, uphill small houses and the cobbled streets show a picturesque architecture. The town center includes a huge and steep cliff, the Bell Tower, covered with dense ivy. At the top of the tower is a large 10m height clock. Arachova is famous for its black wine, its “brusque”, the colorful textiles, carpets and rugs, handicrafts and woodcut creations as well. 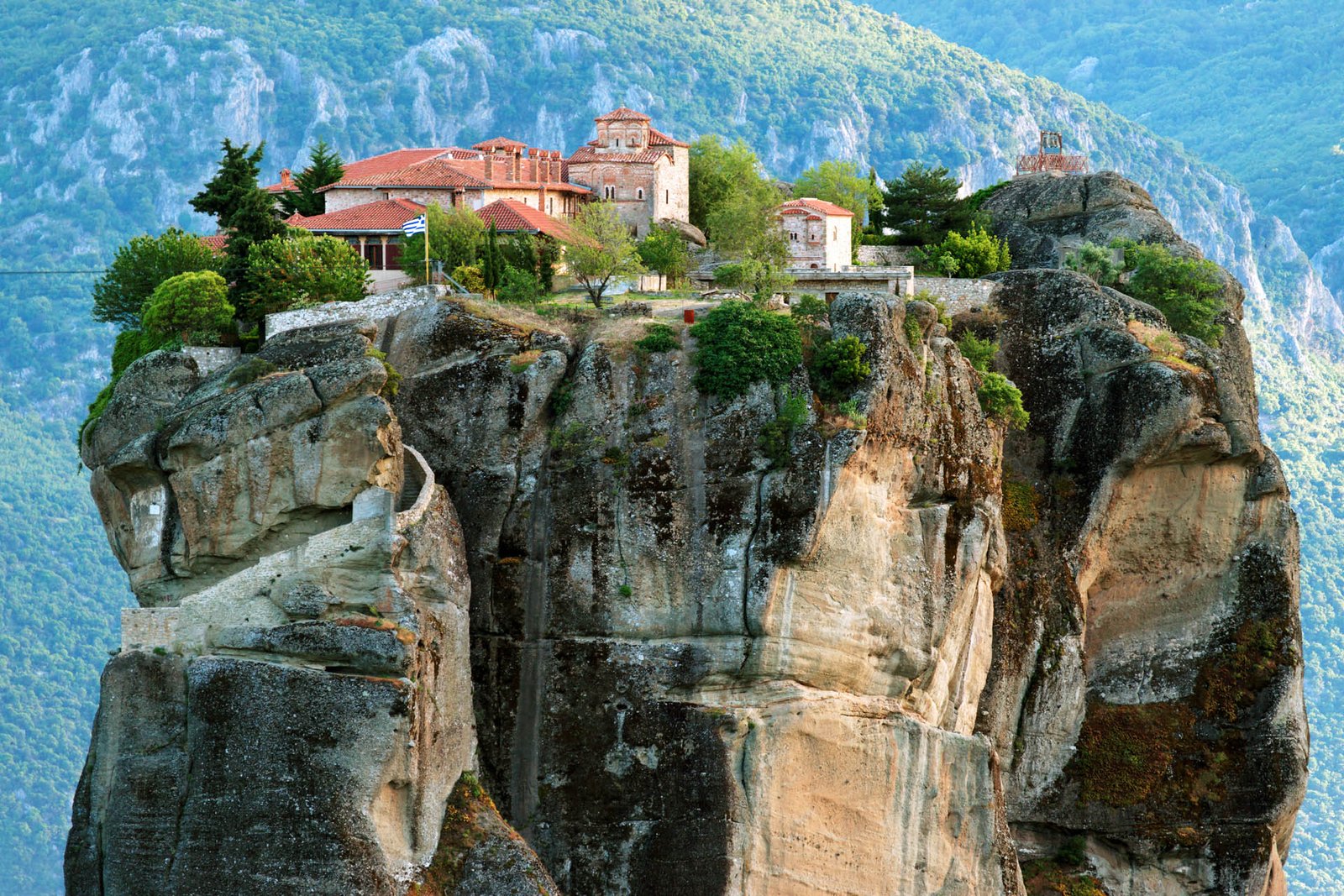 The Meteora Greek: Μετέωρα,  is a rock formation in central Greece hosting one of the largest and most precipitously built complexes of Eastern Orthodoxmonasteries, second in importance only to Mount Athos.The six (of an original twenty four) monasteries are built on immense natural pillars and hill-like rounded boulders that dominate the local area. It is located near the town of Kalambaka at the northwestern edge of the Plain of Thessaly near the Pineios river and Pindus Mountains.

Road trip around the Peloponnese

Palamidi (Greek: Παλαμήδι) is a fortress to the east of the Acronauplia in the town of Nafplio in the Peloponnese region of southern Greece. Nestled on the crest of a 216-metre high hill, the fortress was built by the Venetians during their second occupation of the area (1686–1715).

Epidaurus was independent of Argos and not included in Argolis until the time of the Romans. With its supporting territory, it formed the small territory called Epidauria. Reputed to be founded by or named for the Argolid Epidaurus, and to be the birthplace of Apollo’s son Asclepius the healer, Epidaurus was known for its sanctuary situated about five miles (8 km) from the town, as well as its theater, which is once again in use today. The cult of Asclepius at Epidaurus is attested in the 6th century BC, when the older hill-top sanctuary of Apollo Maleatas was no longer spacious enough.

Duration:
Price: from € 70 per person 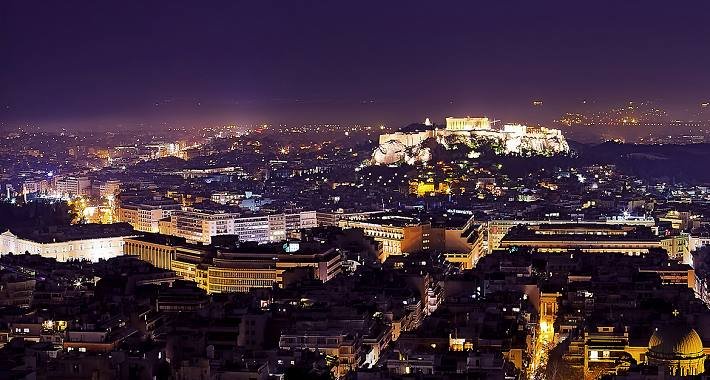